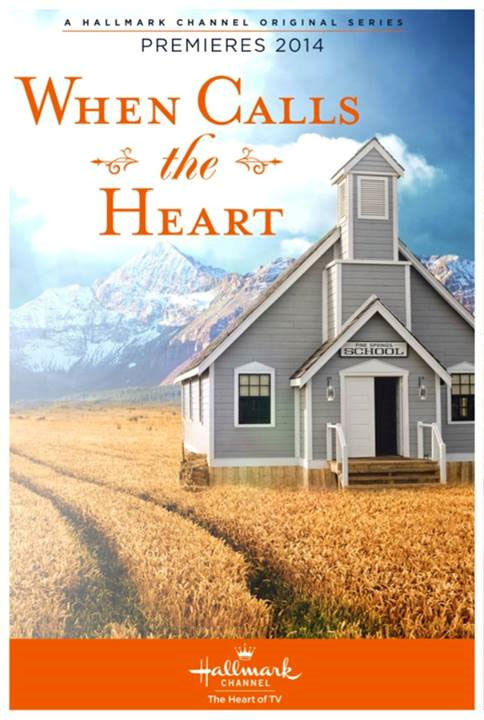 When Calls the Heart is a Hallmark Channel drama series that tells the captivating story of Elizabeth Thatcher (Erin Krakow), a young teacher accustomed to her high society life, who receives her first classroom assignment in Coal Valley, a small coal-mining town where life is simple, but often fraught with challenges. Lori Loughlin plays Abigail Stanton, a wife and mother whose husband, the foreman of the mine, along with a dozen other miners, has just been killed in an explosion. The newly widowed women find their faith is tested when they must go to work in the mines to keep a roof over their heads. Elizabeth charms most everyone in Coal Valley, except Constable Jack Thornton (Daniel Lissing) who believes Thatcher’s wealthy father has doomed the lawman’s career by insisting he be assigned in town to protect the shipping magnate’s daughter. Living in a 19th century coal town, Elizabeth will have to learn the ways of the frontier if she wishes to thrive in the rural west on her own.

The series is inspired by Janette Oke’s bestselling book series about the Canadian West, and reunites Oke with Executive Producer and Director, Michael Landon, Jr.

Season One, Episode Eight: Perils of the Soloists

I had the honor to write Season One, Episode Eight: Perils of the Soloists. Although the episodic title remains on the broadcast version, if you go looking for it in DVD form as released in 2014, you’ll note it is retitled Second Chances and includes episodes 7 and 8.

THE STORY BEHIND THE STORY: Michael Landon, Jr. and I had come to know each other through Chris Cates, a mutual friend in the motion picture and television industry. Michael, Chris and I met in Texas over lunch and discussed several project possibilities. At the time, the project Michael liked the most was one I had created. It was inspired by my own marriage. Michael said that if the script in written form was equal to the pitch in verbal form, he was interested. Within a couple of weeks, I sent him my script and he loved it and our relationship went to the next level. I really enjoyed Michael and consider him a valued friend to this day. He’s a bright light and uplifting soul.

Soon, we began discussing many projects – none of which worked out at the time. However, one day he called me and asked me to come out to California for a week of jotting and jawing with a group of seasoned, talented television writers who had a long list of credits. They were all impressive, easy-to-work-with folks. Turned out, the week long session took place in a hotel conference room to create a whole season’s worth of outlines for a new series that Michael and his partner, Brian Bird, were producing along with a few others for Hallmark. That week was terribly painful for me. I was a fish out of water. I was mostly silent. By the end of the week, I had to suck down multiple cans of chilled espresso just to stay alert in the meetings. The process of tossing about story beats at random and in concert with a team of writers was not a methodology I was used to. I had excellent tutors all around me but it wasn’t a perfect fit for my style and preference of creating and crafting story. Each night, I would return to my hotel room battling the urge to quit. In truth, I didn’t have it in me to up and quit –  but I hated being in an environment where I wasn’t soaring. I figured they might fire me, but I wouldn’t quit. Nightly phone calls to my wife helped me stay in the game. Also, there were the best parts of the week long experience –  the several times I had dinner with Michael and Brian. Super nice people. And talented.

I got through that week and was assigned episode eight. The original outline for that episode was very appealing to me. It had a one-legged man and a Mountie confronting each other on one set of issues which quickly complicated into another set of issues. It built to a survival sequence that was exciting. It also required the crafting of a  homemade anthem that the townspeople sang every year during a festival recognizing the founding of their pioneer community. It was the Coal Valley Anthem. I wrote it and became hopeful it might become the theme song of the series. When I finished the outline and first draft, Michael expressed great satisfaction and told me he thought it was the best of the bunch. We both were moved by the tale. Michael was excited about directing it. Brian told me it was one of the most solidly structured scripts he’d received in all his years of supervising episodic scripts. I was humbled and honored by their reception. Unfortunately, Hallmark didn’t see it that way and eventually brought in one of their own in-house writer’s to polish several episodes in the series. The changes were so extreme and had such a rippling effect on subsequent episodes that I can honestly say that barely a vestige remains of the story I wrote. And the anthem was tossed. Yet, here the episode is with my sole name on it. In the end, it has more to do with Hallmark’s vision of who their network is and what their audience expects. Michael felt that if anyone knew what succeeded with the actual Hallmark audience, Hallmark certainly did. Therefore, the top-to-bottom changes were accepted and the story is what it is and not at all what I created.  So you see, it’s not always as glamorous as it might appear nor is it necessarily exactly what it appears to be. However, though I remain grateful for the experience, I doubt you’ll catch me racing to enter that sort of creative process again (although I’d work for Michael or Brian without hesitation). It’s a proven and valuable methodology for many, but not for this writer. I think it’s all due to the part of me that loves being a novelist – the lone artist deep in his tunnel. Novel writing and feature screenplay writing are more fitting for the habits and tendencies of my muse. I love that creative process. This is not to say I’ll never write another television series again, that will depend upon many factors, including the invitation to do so, but I’ll certainly be mindful of the difference in process.

Elizabeth and Abigail move into rooms above Abigail’s cafe. The only surviving miner from the explosion comes home from the hospital with a shocking surprise. Elizabeth and her students must put on the Coal Valley Founders’ Day play on short notice.

For a complete description of the episode, see the Hallmark Episode Guide. 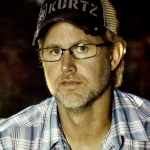 “Jon Nappa is one of my favorite screenwriters to work with. He’s thoughtful, fast and smart. Whether collaborating, doctoring or submitting an original, he’s a very talented professional who you can count on to deliver.”