Jon Nappa is the original writer, producer and director of Pappyland which he co-created with Michael Cariglio. Nappa had written the first several episodes of the series in season one and outlined the remainder of the first twenty-six episodes to be written by Bennette Tiffault under Nappa’s script supervision. Nappa selected each episodic theme and also wrote the lyrics to all of the songs in those episodes. He designed the various portals and overall concept of how things operated in Pappyland. Michael Cariglio created the iconic character Pappy Drew-It, but also Elmer and Buddy Bear (originally called Fur Bear) and first conceived of the Wishing Wheel. Nappa developed the other portals and characters and the concepts involving the Pappy-within-Pappyland effects that were so magical in the series (recall Pappy talking to Pappy scenes while utilizing the portals). Together, Cariglio and Nappa were a great team and remain great friends to this day. Nappa went on to create more children’s show concepts and worked with the amazing Cariglio to design and draw images reflecting Nappa’s concepts. Two of those series concepts have been further developed into franchise series proposals for television and are showcased below. However, due to the competitive realities of pitching original concept television, these documents are restricted and can only be further viewed by qualified Agents, Producers, Networks or other qualified purchasers of, or investors in, original television programming for children. 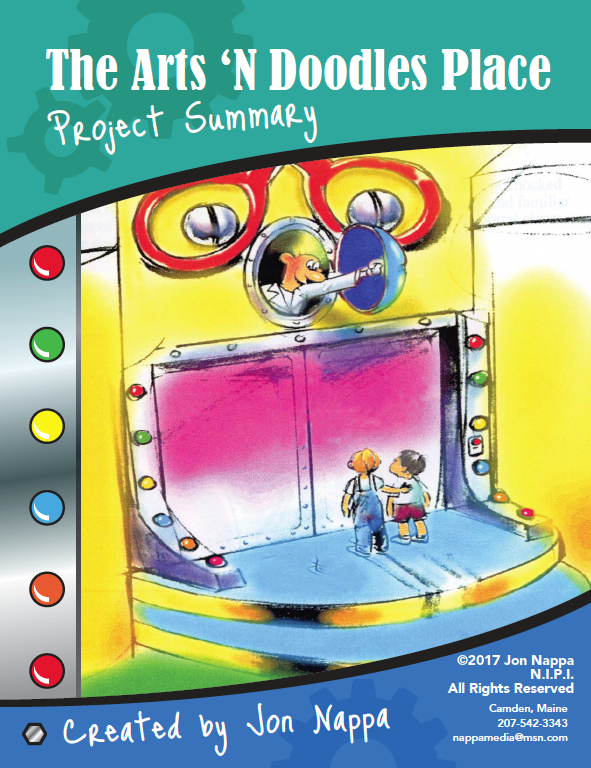 Morey and Zack are twin brothers although one is a foot shorter than the other. Together, they curate a most magical museum that comes alive in surprising ways. They love taking children on their tours, exposing them to the arts from across the world, and always ending in a most practical U-Try it experience. The Arts & Doodles Place is fresh, progressive and unique. Hopefully, you’ll see it in series form in the future. 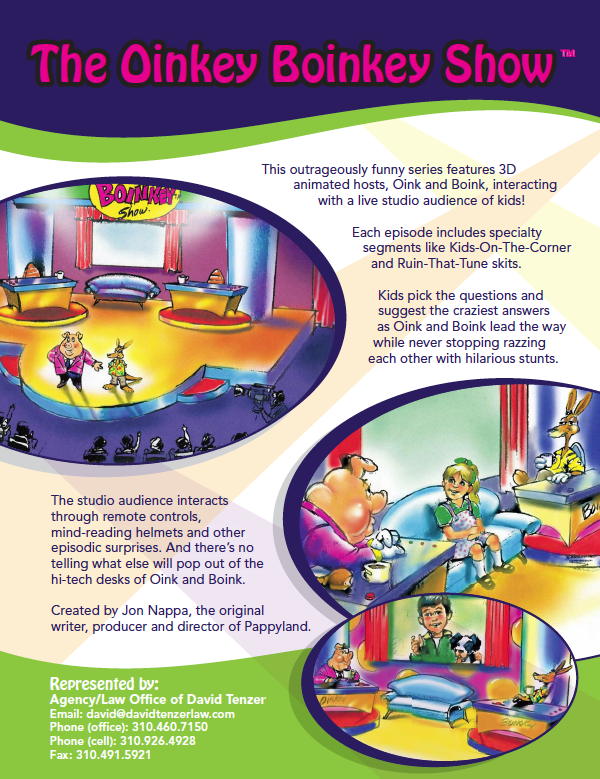 The Oinkey-Boinkey Show is funny, hip and outrageously creative. It’s a mix of live-action kids with 3D animated hosts and surprising guests that may or may not be flesh-and-bone. It’s tough to tell but not tough to watch. And talk about respecting how bright and conversant children really are – this show is tuned in. So long as networks or streaming platforms agree, you may soon get a chance to experience this marvelous mixture of mayhem and merriment.